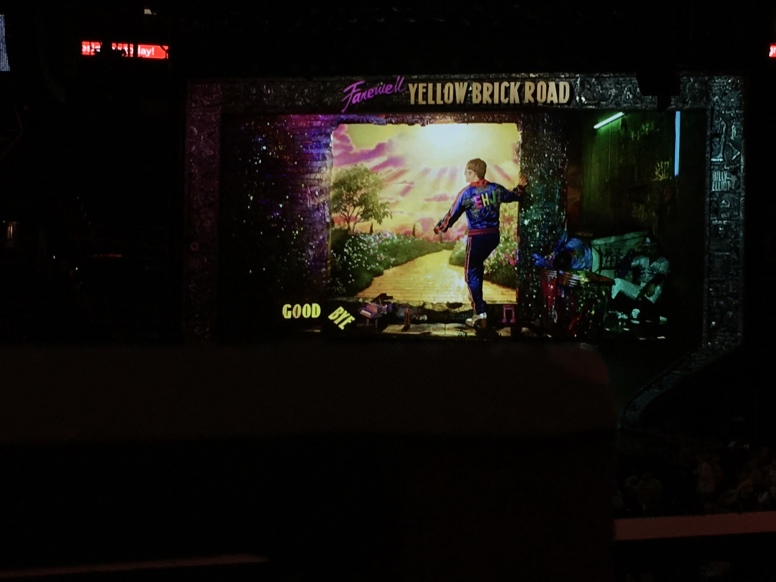 It’s very tough for some artists to say ‘Goodbye’ and mean it. Speaking as a KISS fan who saw the band’s ‘Farewell Tour’ eighteen years ago, only to have an incarnation of the band continue onward toward their just announced ‘End of the Road’ tour, I am well aware that the ‘Farewell’ moniker can be nothing more than a money-grabbing gambit. With Elton, though, it was evident that he meant this worldwide tour to be the last one. He plans to be on the road for the next three years, so it will be a long goodbye, but I don’t think anyone will mind that. Friday night (09.21.18) he played the first of two sold out nights at Washington, DC’s Capital One Arena, and I was lucky enough to be there.

Regarding the set list, as a longtime fan, I would love for Elton to do a show that was predominetly deep cuts and album tracks that you don’t hear on the radio. As much as I would love for that ‘dream show’ to be a reality, when your catalog includes easily ten songs that are not only ‘hits’ but are part of the world’s collective consciousness, that makes for a long list of songs that ‘have to be played,’ leaving little room for surprises.

Even so, the hits and the songs we all know, they’re pretty amazing.

Case in point: Elton opened the show with ‘Bennie And The Jets’, a song I have worn out and grown tired of hearing when playing the ‘Goodbye Yellow Brick Road’ album. But, in a live setting, with a charged up crowd and an energized Elton, the opener crackled with a ferocity that was proof the evening was going to be something special.

Without question, the best part of the show, apart from Elton himself, was having the pleasure of watching percussionist Ray Cooper live on stage. As backing musicians go, he’s a star in his own right and, as Elton said from the stage, Cooper has played with ‘everybody who is anybody’ on record and on tour. Every moment Cooper was on stage, he was a joy to watch. 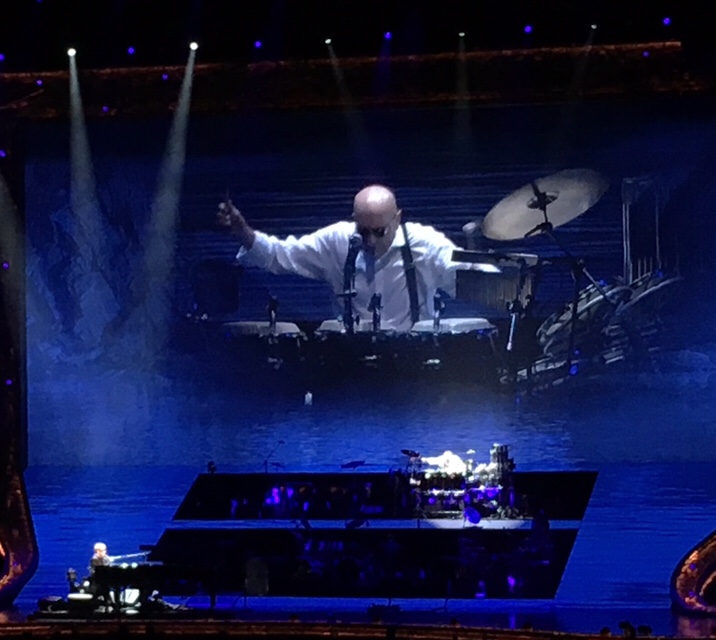 Elton said early on that the songs being played on this tour are songs that mean a lot to him. As productions go, almost every song has an accompanying video montage or film, Sometimes the film is a great additon (‘Border Song’; ‘Candle in the Wind’) and other times it’s downright distracting (‘Tiny Dancer’). Since the show is timed almost to the second, I think the set list is pretty much set in stone, at least until they have a break and some time to add some new production elements. Here is the set list:

Bennie and the Jets

All the Girls Love Alice

I Guess That’s Why They Call It the Blues

(Elton and Ray Cooper only)

Rocket Man (I Think It’s Going to Be a Long, Long Time)

Take Me to the Pilot

Someone Saved My Life Tonight

(with ‘Day Tripper’ by The Beatles snippet)

Candle in the Wind

Funeral for a Friend/Love Lies Bleeding

Burn Down the Mission

Sad Songs (Say So Much)

Don’t Let the Sun Go Down on Me

The Bitch Is Back

Quite simply, if you’re a longtime fan who has seen Elton before, or if you’ve thought about attending an Elton John show but haven’t yet, when this tour hits your area…GO!! Elton probably will play the occasional benefit show, and maybe another Vegas residency will be in the cards, but otherwise, this tour will serve as a chance for Elton to thank his fans, and in turn for the fans to think Elton. It makes for a very special evening that you won’t want to miss. 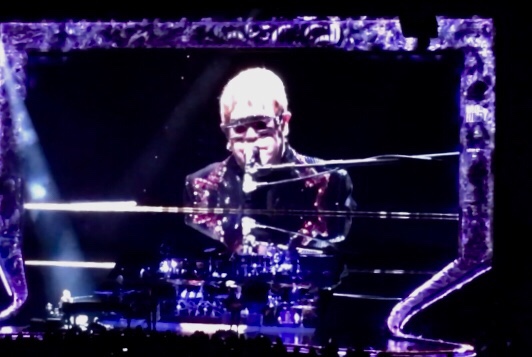 Thank you to my concert buddy, Meg for sharing this show with me. We don’t hang out as often as we should, but when we do, it’s for ‘bucket list’ shows (Dolly, Stevie, Springsteen, and now Elton).

And thank YOU, as always, for reading.